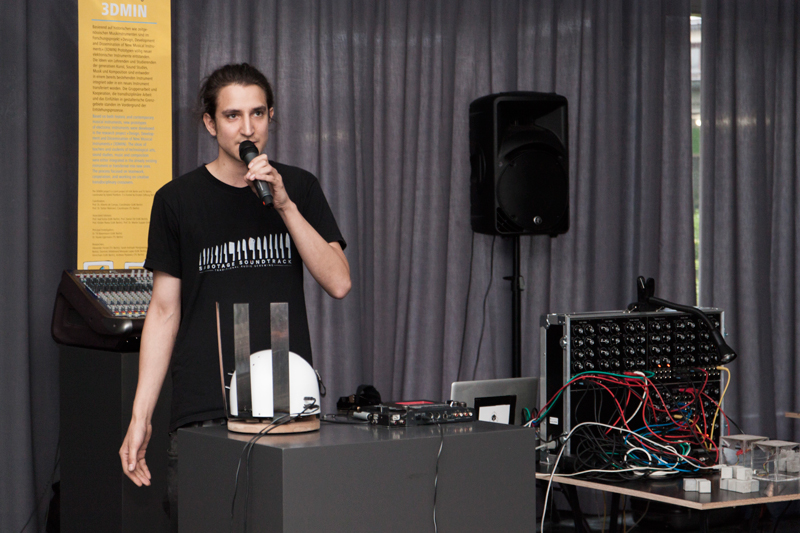 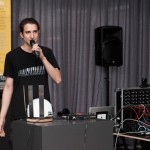 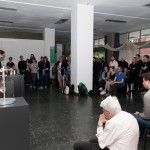 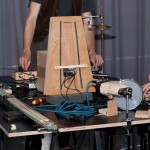 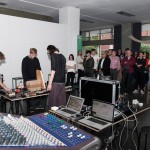 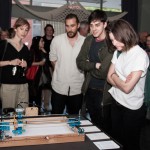 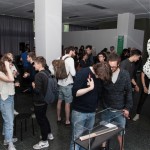 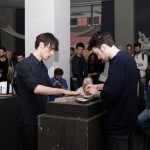 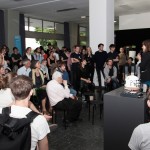 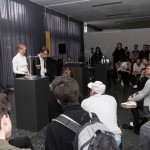 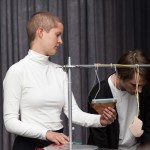 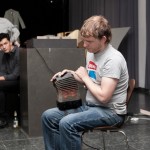 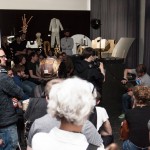 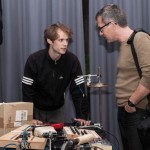 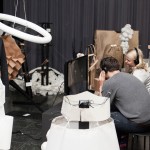 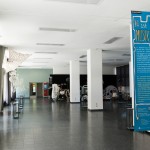 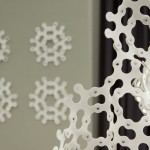 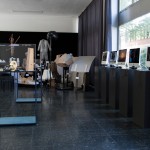 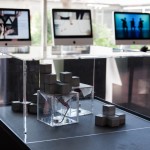 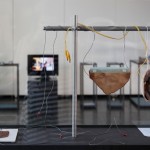 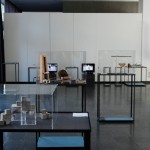 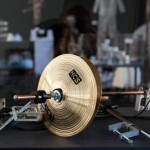 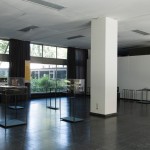 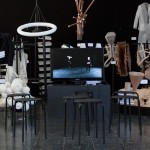 In the winter semester project RE:SONANZ by the »Projektgruppe für interaktive Systeme« concepts, products and user surfaces were designed, which combine the analog and the digital world at the same time. These prototypes range from an electric guitar reduced to the essentials to intelligent headphones and an individual plug-in system for sound control in public spaces.

Jin-Hee Kim also created a sound-absorbing textile-object for her diploma project. Her design made of sheep’s wool and ecologically produced Korean Hanji-yarn can be used either wall-hung or hanging from the ceiling.

In the paper orchestra 35 first year students of fashion- and productdesign from the Basislabor show their results in a performance. The focus of the project was the creative work with paper to explore materiality, form, space, expression, sound, body, interaction and presentation. designtransfer shows a video of the performance of 40 minutes and the objects made of paper.

The project »Vom Aussterben bedroht« was looking for products extinct in contemporary life and faded into obscurity through new technologies and changed consumer habits. From this approach originated for example an App which allows it’s users to find the right way although they first get lost in a foreign surrounding. Three projects searched for ways to save the analog world of handwriting e.g. a notebook integrated in a smartphone-case, a pen with intuitive swiping movement of writing and a letter-writing-machine. Also a new musical instrument was developed which reacts directly to the performer’s movements and visualises the effects and connection between movement and sound.

This new performance instrument IRO-SINTH by Dominik Annies as well as some new electronic instruments from the research project 3DMIN will be demonstrated live at the opening.

The idea for the system MUUTLIK by Adeline Chimento, which will be also used for the presentation of the exhibition, was also developed in the last winter semester. The system is based on a self-sustained geometry and can be set up and dismantled individually and with a simple mechanism. 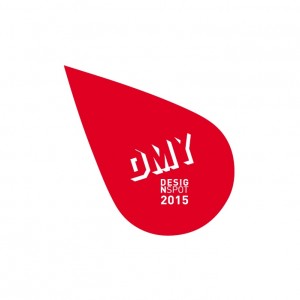 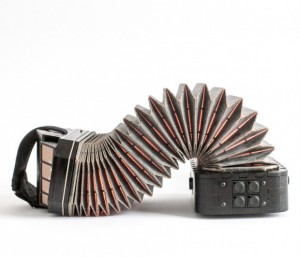 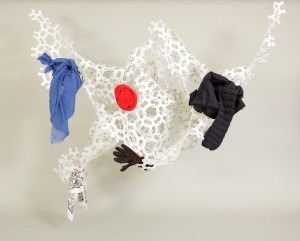 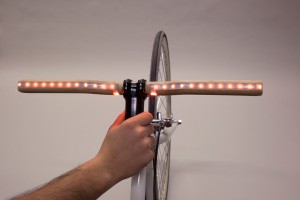 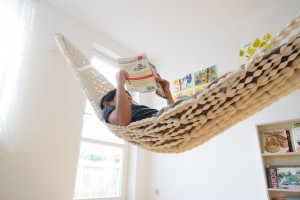 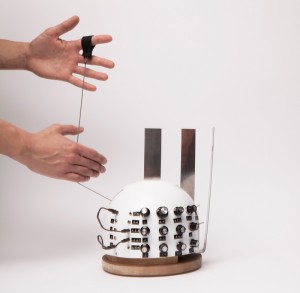