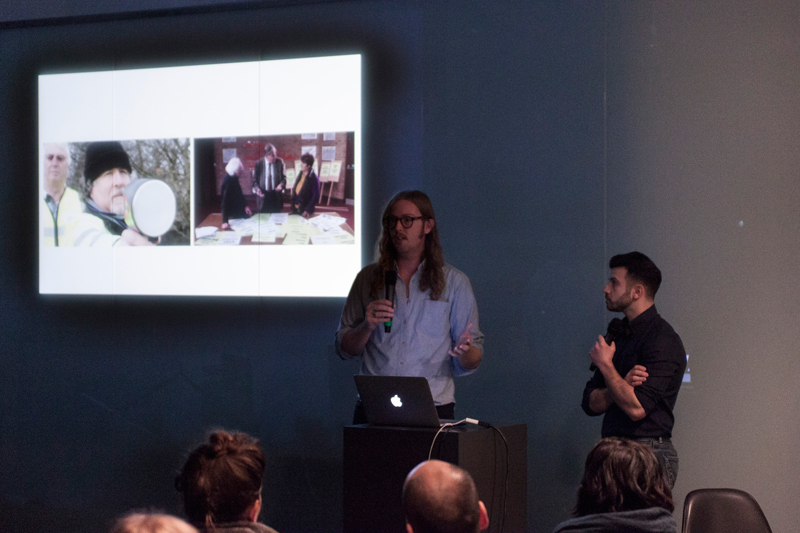 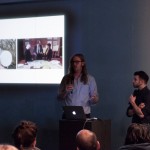 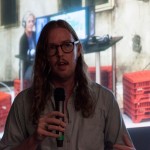 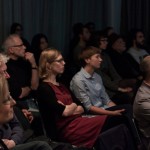 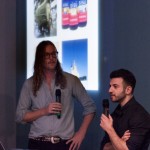 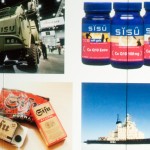 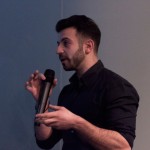 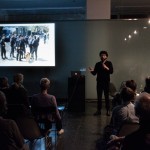 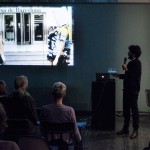 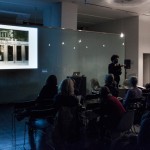 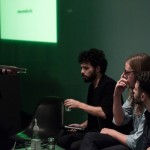 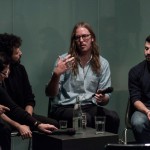 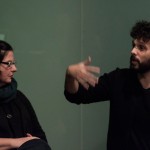 During the third installment of the DESIGN ART ACTIVISM series, two artist collectives will report on their socio-political creative projects. Leonidas Martin from the Spanish group ENMEDIO together with Dash Macdonald and Demitrios Kargotis of the British collective DASHNDEM will discuss the motive force and power of politically engaged design. 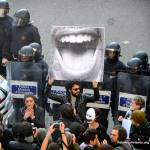 Leonidas Martin from the group ENMEDIO is a professor of new media and political art at the Universitat de Barcelona. He writes about art and politics for various publications and has produced several documentaries. Besides belonging to guerilla-platforms such as “New Kids on The Black Block”, “Pret-a-Revolter” or “Yomango”, he is also one of the initiators of ENMEDIO, which translates as “in between”. The group consists of artists from various disciplines and is dedicated to forming a stronger relationship between art and politics: the collective’s photography, design and new media are used to form spectacular interventions which search for creative answers to questions of political action and social ideal. For example, ENMEDIO initiated a spontaneous party inside a bank to celebrate the closing of a random individual’s bank account so as to focus the public’s awareness on Bankia’s irresponsible behaviour during the banking crisis. Within another project ENMEDIO delivered hundreds of postcards containing personal notes written by residents threatened by eviction to a major bank in Barcelona as a reaction to the Spanish real estate crisis.
www.enmedio.info 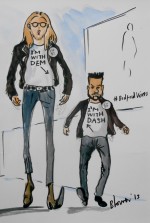 Dash Macdonald and Demitrios Kargotis form the British collective DASHNDEM. Dash Macdonald lectures at the Design and Visual Arts Department of Coventry University and at Goldsmiths University of London, Demitrios Kargotis lectures at the Art and Design Department of Birmingham City University. Together, they established the action group DASHNDEM in order to organise participatory projects that focus on the connection between artistic entertainment and political education. One of their projects involved initiating the role-play exercise “Imagine Being a World Leader” in which children articulated alternative solutions to political grievances. Additionally, during the British General Election, the group sent a David Cameron lookalike to motivate teenagers to get politically involved. Recently, the collective reacted to the British nuclear policy through the revitalisation of a post-punk-compilation from the 1980s. Under the title “Dump it on the Parliament” DASHNDEM teamed up with the original band members and young people to create a musical compilation of things they’d like to dump on the parliament while referring to the proposed nuclear waste dump in British Bedfordshire.
www.dashndem.com 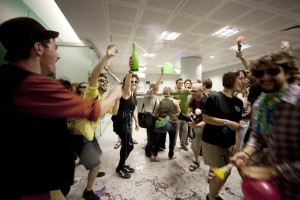 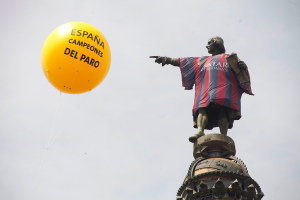 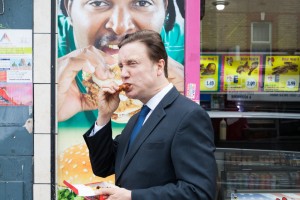 By The People, For The People, in collaboration with the Art Assassins, South London Gallery, 2015 © DASHNDEM 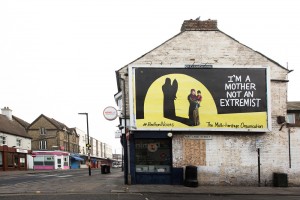