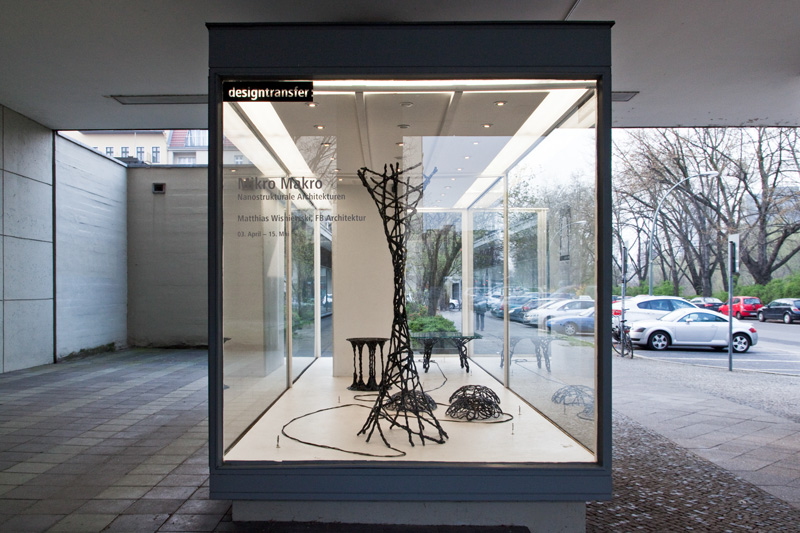 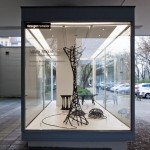 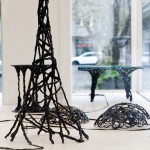 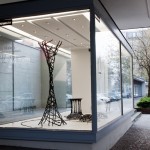 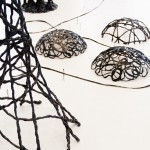 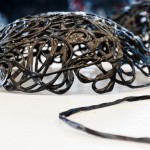 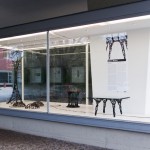 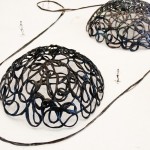 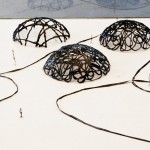 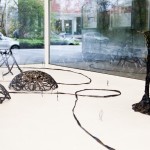 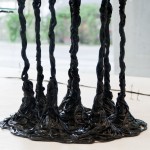 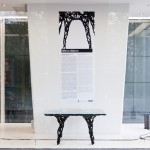 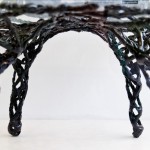 The spiderlike construction of the objects is inspired by nanostructures and microscopic landscapes of carbon fiber, which can only be observed under the most modern light microscopes. Consequently, the form and construction of the carbon-fiber objects mirror the constructive connections of carbon fiber itself. Uncovered, unknown, microscopically small pieces become visible and tangible. The stable constructions and powerful structures of carbon fiber are transferred to a human scale and manifest in functional forms. Thus, its extraordinary physical characteristics become accessible, their environments can be observed more carefully and detailed, as unfortunately, a lot of beautiful and practical things are usually disclosed from our eyes.

Moreover, the objects are just the starting point for future architectural forms, so-called “nanostructural architectures“. These are constructions, buildings and conceptions whose fundamental inspiration comes from the latest achievements in nanotechnologies and the pictures made by hellion-ion microscopes. A lot of different functions are created, from bus stops and temples to macro architectures like stadiums and skyscrapers, all made out of carbon fiber – one of the hardest materials in the world and also the inspiration and starting point to the project. The constructions may look chaotic and are made in an expressionist and intuitive procedure, but ultimately, they show fundamental constructive and engineering qualities. Questions are asked about the perception of space and its planning, about the extension of the sculptural idea, about processes in design and building procedures in architecture and about nature as a basic source of inspiration for upcoming architectures and future designs.

All exhibited objects are handmade in a sculptured way and without any technical support. In an expressionist, irrational and sometimes chaotic work process, dozens of epoxy-resin soaked carbon-fiber rovings are applied to a negative model. After the positive model has dried, it is reveled from the negative and supported by further layers of carbon fiber. 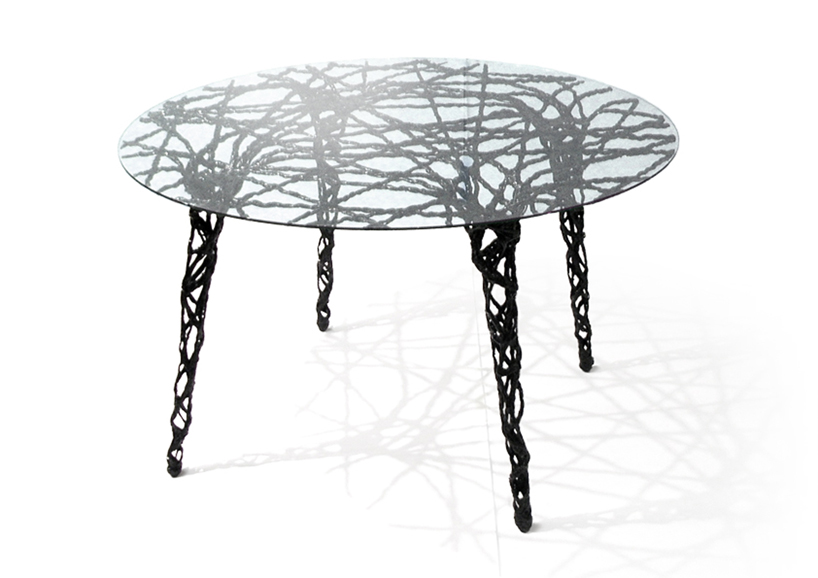 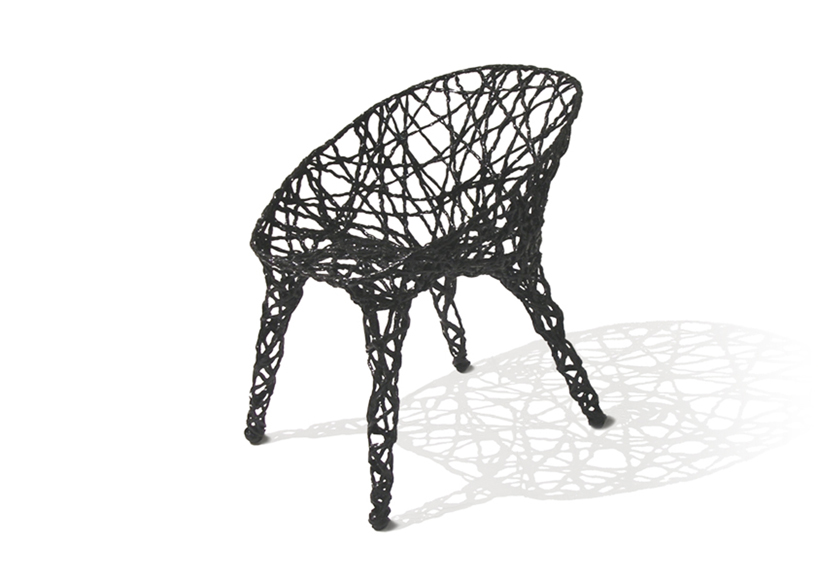 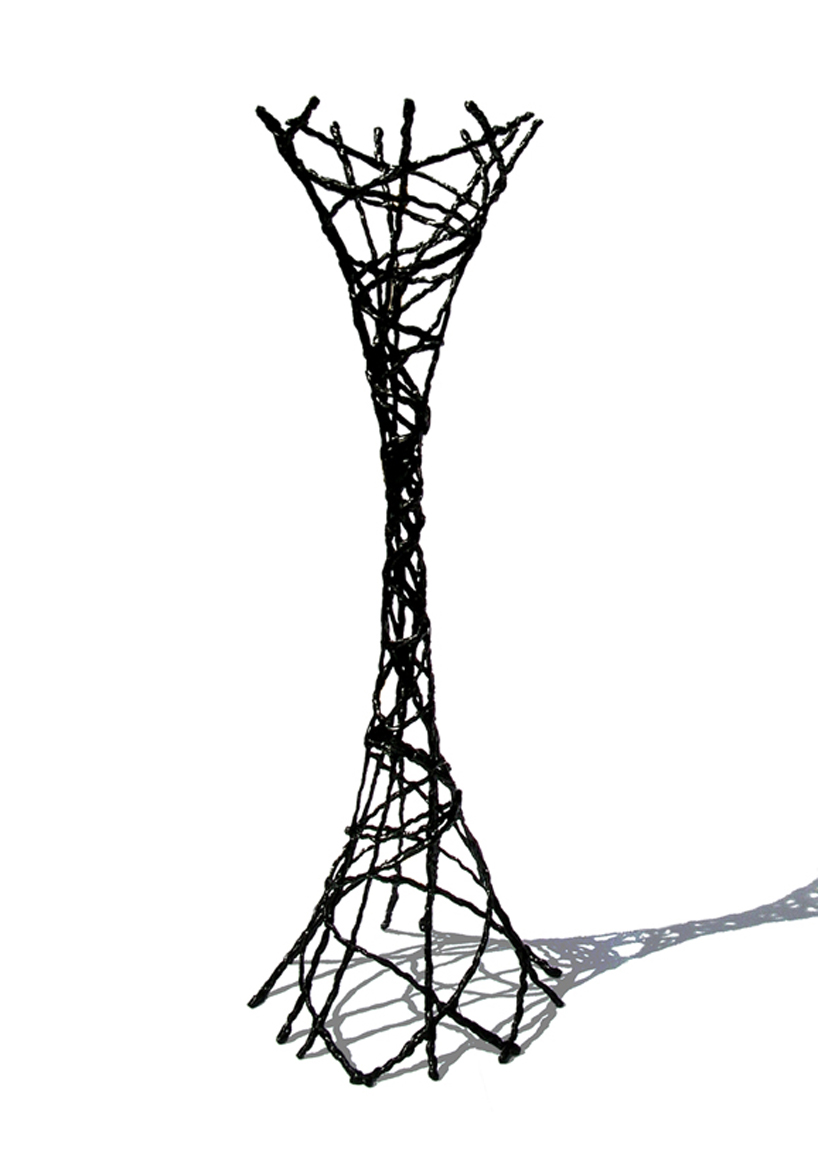