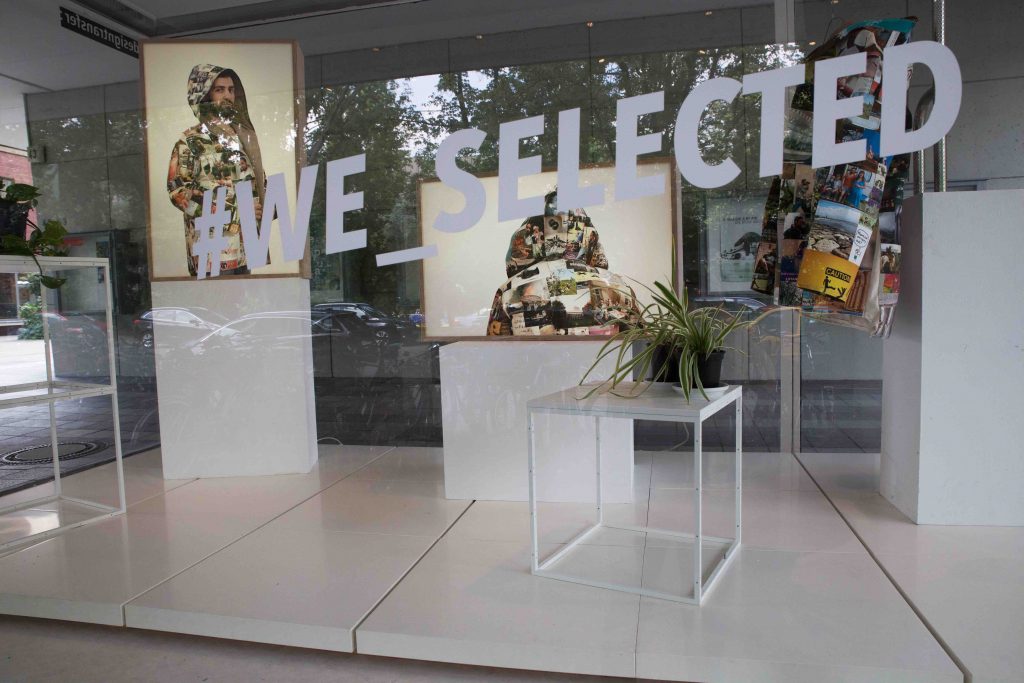 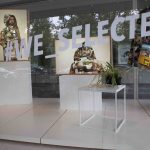 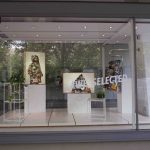 The wearer of the „#We-Selected“ jacket projects to the outside world that which is normally only a part of the virtual self: images which have been posted on social media or in which a person was tagged. These photos form a rough image of a person, display their interests, political attitude and hobbies. With the jacket you don‘t meet an anonymous person who is categorised and judged in the standard way according to their appearance, accent or the type of clothes they are wearing. Instead, there is a direct confrontation between the person we see from the outside and the representation chosen by the person for themselves. This jacket is therefore two things at the same time: a signboard and an armour, a direct marketing and a protective shield.
By Inia Steinbach.